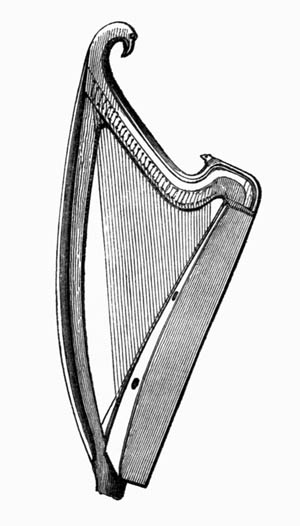 Thalia insisted on bringing Melissa to Megan’s By the Green, a good restaurant, but Thalia had a not-so-good reason in mind.

A good reason, I can cite, is to celebrate Melissa’s birthday.

A good reason, in Thalia’s mind, is that they serve pizza.

The up-scale pizza we order, labeled The Veggie One, contains sweet potatoes, rocola, feta, pine nuts, mozzarella and tomato, all on a sourdough crust. We go over the top with toppings, adding mushrooms and red onion.

The not-so-good reason we sit in Megan’s By the Green—and both Melissa and I know this—is Thalia’s desire to see the ceiling.

I am being a little hard on Thalia. The ceiling is a reason to come here. It appears to be alive with dark vines and branches, laden with white roses and interspersed with small fairy lights. Thalia basks in the gentle glow that permeates the room. I am but in mind of Sleeping Beauty’s rose briar-protected castle.

“While we wait for the extraordinary pizza,” Melissa says, pointing to the ceiling, “I have memorized a story for us, in recognition of the fairy lights.”

Delight creases Thalia’s face and I settle back to enjoy.

“It’s called The Fairy Harp.” Melissa pauses a second to collect her thoughts.

Melissa tells us of a company of fairies in the habit of going around from cottage to cottage to judge the welcome given to them. Bad luck followed the cottagers who were not gracious, but good luck followed those who gave the strangers a warm welcome.

Old Morgan ap Rhys sat one night in his chimney-corner all alone, as his wife was out, entertaining himself with his tobacco pipe and some ale, and by singing. His singing was only notable in that a bard had offended Morgan by describing that voice as similar to the yelping of a blind dog that has lost its way.

Thalia giggles at that.

Morgan had reached a crescendo in his song when there came a knocking at the door. Delighted with the prospect of someone to listen to him, he shouted for the visitor to come in.

In came three fairies, disguised as travel-stained weary men asking for a little bit of food, to test Morgan’s treatment of strangers. Morgan points them to his table on which is bread and cheese, entreating them to help themselves and take more for the road. Just as generous, he sings to them for their entertainment.

“What did the fairies think of his singing?” Thalia grins.

“The story does not tell us,” Melissa says. “But if his manners and singing were rough, the fairies appreciated his good intent.”

The fairies, on departing, offered to grant him one wish. Morgan, although he thinks it a joke, declared he’d like a harp that plays merry tunes no matter how he plucks the strings. The fairies disappear and there is the harp.

Morgan is playing the harp when his wife and some friends come home and immediately begin to dance about. It seems anyone who hears the harp is compelled to dance. The news of Morgan’s fairy harp soon spreads about and many come to listen to his music and to dance.

One day, the very bard who had so insulted Morgan came to hear the fairy harp. Morgan reaped his revenge by playing his harp faster and faster until the dancing bard broke both his legs.

“By the next morning,” Melissa ends the tale, “the fairy harp disappeared, never to be seen again.”

Thalia applauds, and on cue our pizza appears. 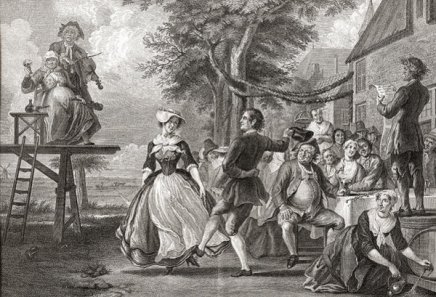 The pizza, for all its odd ingredients, tastes quite good. Thalia revels in her culinary experience, justifying all the scheming to talk us into coming here.

“What attracted you to that story?” I ask Melissa. “I suspect it is from The Welsh Fairy Book, by Thomas.”

“Wow, this is so good,” Melissa addresses the pizza rather than my question.

I munch and wait.

“The fairy harp lies at the center of my attraction to this tale. But, really, it’s not about the harp.”

Her comment stalls here for a bit. I let her indulge in our meal and do not pry.

Eventually she says, “Our relationship with the fair folk is complicated.”

“The fair folk,” I take note. “That term includes more than the fairies, leprechauns, and such.”

“The shee,” nods Melissa, “all those beings from the Tuatha De Danaan to Thalia’s fairy. They populate our dreams, our fears, and our uncertainties at the same time they live in the fairy mounds and sometimes our bedrooms.” Here she points to Thalia. “They are the ‘other’ to whom we will never quite reconcile.”

“You make that sound uncomfortable,” I venture.

“And so it should be. Although the stuff of our dreams, they keep us from falling asleep and never awakening.”

“I mean ‘falling asleep’ metaphorically. If the fairies were not here, if they did not troop through the terrain of our subconscious, or on the winds of a stormy night, our species would become complacent, thinking there is nothing to challenge our superiority, and we would slip into unawareness.

This pizza is really good. Its flavor is growing on me.

Melissa takes another bit and hesitates before answering. Thalia, I know, is not listening to us at all as she reaches for another slice.

“The harp was a gift and a challenge. Because of Morgan’s generosity, the fairies gave him a harp that played of its own, but played such music that no one could refrain from dancing. Morgan had the power to delight and entertain. He seemed content with this until the bard with the sharp tongue appeared again. Morgan used the power of his harp to harm a fellow musician. After that, the harp is gone.

“Morgan’s challenge?” Melissa takes another bit. “To recognize there are rules and understand the rules without being told. Morgan’s failure is our failure. So many times, over and over, no one has told us the rules and we have not asked.”

“The unspoken rules,” I say to myself, looking at Thalia who sits back on her chair, her hand on her stomach.

“This is what I mean by ‘falling asleep.’” Melissa continues. “We accept our gifts but neglect to seek out the rules. Too often we use our gifts for wrong purposes and may lose them, when we should be using those very gifts to explore the rules.”

“Wait,” I say, “you describe what sounds to me like the creative process. Is all my creativity inspired by the fairies giving me challenges?”

Melissa and I linger in my study over our glasses of malbec. Thalia, soporific from the consumption of too much pizza, slumbers on my lap. I am happy she heard a story earlier this evening. She faded long before I could tell her one.

“Wait, again,” I say, returning to my thoughts of our conversation at Megan’s, “not all the human/fairy encounters involve challenges.”

“Well,” says Melissa, “I can think of The Field of Boliauns where the protagonist gets tricked by a leprechaun, and The Fairy Ointment where the poor midwife loses not only her fairy sight but also the use of her right eye. Then there is Brewery of Eggshells with the stealing of a mother’s baby. These pose a different kind of challenge, but I say a challenge nonetheless.”

“True,” I concede, “but I am thinking of another story from The Welsh Fairy Book, only a few pages from your tale, The Green Isles of the Ocean. I forget where the story takes place, but it is in Wales, of course, and by the sea.

“The market in that town was frequented by the fairies. They would appear before a market vendor, never dicker over price, knowing the price without asking, and, in fact, never saying a word. No one really saw them coming or going. The merchants wondered where they came from, where they lived; at least those merchants with whom the fairies chose to deal. The fairies’ particular favorite was a fellow called Gruffydd, who did much business with them.

“Well, one day Gruffydd stood in the local churchyard. From there he could see islands out to sea he had never seen before. He realized these must be the Green Isles of the Ocean, spoken of by the bards as the home of the fairies. He went down to the shore intending to row across to the islands, but from there he could not see them. Returning to the churchyard, there they were.

“Being a clever man, he dug up a bit of the churchyard sod and by keeping his foot upon it he could navigate himself to the islands. When he arrived, the fairies greeted him warmly and gave him a tour of the islands’ wonders. They loaded him with presents, but made him surrender the sod from the churchyard. He continued to visit them through a secret tunnel they showed him and he remained great friends with the fairies for the rest of his life.”

Melissa sips from her glass, focusing her thoughts. “Not actually a story,” she concludes.

“No, it’s not. More of an anecdote, really, but, as I say, no challenge involved.”

“True, though I think it’s an exception; but your tale brings to my mind an entirely different thought.”

“And that thought is?” I prompt when she fails to go on.

“The fairy tales’ Christian/pagan struggle for the minds of its listeners. Take note: the merchant stood in a churchyard. Being on sacred Christian ground, the glamour that the fairies cast over their isles didn’t affect his eyes, and that piece of sod he surrendered to keep their friendship.

“That, if subtle, shows the power of Christianity over the charms of the fair folk.”

Thalia rustles in my lap to get more comfortable.

“Now that you bring up the Christian/pagan thing,” I say, “when you told us The Fairy Harp, in which the three fairies came to Morgan’s door, the image of the three angles coming to visit Abraham flashed through my thoughts. They too were testing. I wonder if that biblical story lent that image to this tale.”

“Likely,” Melissa looks into the bottom of her wine glass, “and yet, may not the shee be among the fallen angels, bent, as the lord’s angels, upon testing us?”

With that notion in mind, I will carry Thalia off to bed.